Booking direct will guarantee you the best rates!

Situated in the quiet, award-winning village of Plawsworth and surrounded by the magnificent Durham countryside, Plawsworth Hall self catering apartments in Durham provide a comfortable, home from home, rural retreat and a great opportunity to get away from it all. Only 3 miles from the historic city of Durham with its world famous cathedral you’ll find numerous museums and galleries, ancient castles and historic houses. County Durham’s beautiful coast and countryside with its country parks and riverside walks are legendary while Durham’s central location makes the whole north east so accessible.

With its fascinating blend of Christian, social and industrial heritage along with some of England’s most beautiful and unspoilt landscape, County Durham is the perfect place for a relaxing countryside break. It’s also an excellent touring base with Hadrian’s Wall, Lindisfarne and the Northumberland coast, the Yorkshire Dales and the Lake District in close proximity.

There’s a food store, a Post Office, newsagents and a busy pub and restaurant serving breakfast – all within walking distance. The Arnison Centre retail park with a large Sainsbury’s hypermarket is just over a mile away. Several excellent take-aways are just 2 miles away plus a number of local top class restaurants. A concierge service is also available if you require any assistance.

Our cottages and apartments are situated in the idyllic village of Plawsworth surrounded by beautiful Durham countryside and offer a choice of one and two bedroomed apartments and three bedroomed cottages. They are all stylishly furnished and fully equipped with everything you might need during your stay away from home.

There is ample car parking, a weekly housekeeping and linen changing service, an on-site office/reception to provide you with any assistance you may need and cots and high chairs are available free of charge. You can also enjoy the use of all communal gardens and there are a number of excellent walking tracks within the quite stunning 40 acre estate which surrounds the properties.

If you are looking for self catering apartments in Durham please give us a call on (+44) 0191 371 0251 or email plawsworth@aol.com. We also have Three bedroom apartments, 1 bedroom cottage and a 2 bedroom cottage however these are usually reserved for longer stays.

A settlement has existed at Plawsworth since Anglo Saxon times. The Roman Legions settled nearby Chester-le-Street and the Roman Road came through the area but the exact route in the Plawsworth vicinity has been lost in the midsts of time.

In 1085 William the Conqueror commissioned the Doomsday Book which recorded lands and ownership throughout the country. However the north of the country at the time remained “untamed” and wild. Hence Durham and Northumberland did not appear in the Doomsday Book.Norman Knights eventually ventured forth to tame the North with the prize of lands being offered as incentive. Simon Vitulus and Andrew de Hag came into the area. Simon Vitulus settled at Plawsworth Hall and Andrew at Hag House which stands opposite Sainsburys at Pity Me 1 ½ miles away.Durham’s answer to the Doomsday Book the Boldon Buke was compiled between 1181 – 1183.

It list Plawsworth as:“ A small village standing on broken irregular ground, midway betwixt Durham and Chester. Simon Vitulus holds Plausword, pays twenty shillings rent, carries the Bishop’s wine with a draught of eight oxen, and attends the great hunt with two greyhounds”.Plawsworth Hall or Messuage, (a dwelling with a wood, orchard and land as it was referred to then), became the property of the Manor of Tudhoe. In 1215 the Lord of the Manor of Tudhoe bequeathed to his daughter Margaret his land and house (Plawsworth Hall) on the occasion of her marriage. The lands and messuages were divided several times during the middle ages making ownership of various parcel difficult to trace accurately.

The family of one prince bishop called Richard Kellaw held land at Plawsworth in medieval times. Other medieval landowners included a family called Plawsworth, who were named after the village also the Boyntons, Reads and Conyers families.After 1627, two separate segments of Plawsworth came into the hands of Barnaby Hutchinson, a proctor of Durham. His daughter and only heir married a South Shields man called Rowe and the Rowes gradually purchased additional portions of Plawsworth land. Richard Rowe sired 33 children by three wives. The family were noted lawyers and members of the clergy. Richards descendants spread throughout the world some settling in New Zealand.Plawsworth Hall became the property of Lord Lambton in the 18th century and was let on a tenanted basis as a small mixed farm, part of Lambton Estates. The Coxon Family gained the tenancy in 1805.

In 1949 Rita Coxon married Septimus Johnson. In the 1960s they were able to buy the property and the family link continues to this day.Today Plawsworth is perhaps the only local village occupying its original site and, unlike its neighbours, it can’t really be called a former pit village. There was no great 19th century colliery here and the village has more of the feel of a rural age. A Plawsworth Colliery is mentioned in 1647, but it was a small-scale enterprise compared with the standards of later centuries.Most of Plawsworth is located along Wheatley Well Lane just off the eastern flank of the A167. Unfortunately, the village pub, the Red Lion Inn, is rather inconveniently located on the west side of the road.A former coaching inn, the Red Lion appears on the 1850s map, when crossing the road was much less of a problem.

The pub was a smaller, cottage-like building in those days and there were no motor vehicles whizzing past its door. Harrys Great Grandmother Agnes Coxon was killed by a “Horseless Carriage” one of the first motor cars in County Durham whilst crossing the road in front of the Red Lion in 1926.We do hope you enjoy your stay at Plawsworth. If you do enjoy the hospitality of the Red Lion please take care crossing the road –we would not wish you to follow poor Agnes Coxons example! 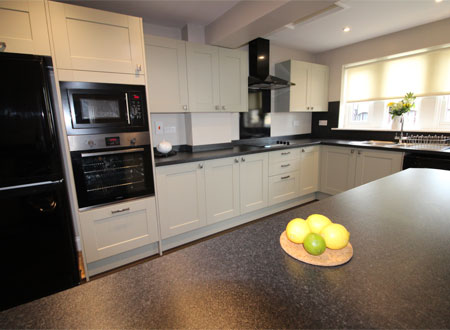 A HOME FROM HOME

Situated in the quiet, award winning village of Plawsworth and surrounded by the magnificent Durham countryside Plawsworth Hall self catering apartments in Durham provide a comfortable, home from home, rural retreat and a great opportunity to get away from it all. 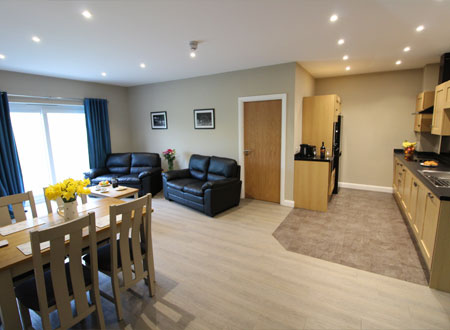 Our full equipped kitchens include a dishwasher, fridge-freezer, automatic washer/dryer along with iron and ironing board. 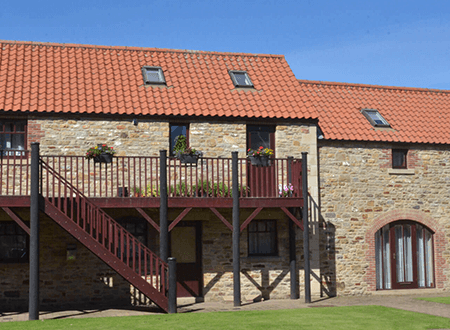 During your stay, take advantage of the fantastic location and enjoy the use of our communal gardens. There are a number of excellent walking tracks within the quite stunning 40 acre estate which surrounds the properties.

For the best availability and prices for your desired stay, contact us today on (+44) 0191 371 0251 or email plawsworth@aol.com to speak to a member of our team.

Alternatively, you can check some availability and book your stay by clicking the button below!

Combine the luxury and comfort of a top hotel, with the the freedom and independence of home, and there you have it!

We use cookies on our website to give you the most relevant experience by remembering your preferences and repeat visits. By clicking “Accept”, you consent to the use of ALL the cookies.
Do not sell my personal information.
Cookie SettingsAccept
Manage consent

This website uses cookies to improve your experience while you navigate through the website. Out of these, the cookies that are categorized as necessary are stored on your browser as they are essential for the working of basic functionalities of the website. We also use third-party cookies that help us analyze and understand how you use this website. These cookies will be stored in your browser only with your consent. You also have the option to opt-out of these cookies. But opting out of some of these cookies may affect your browsing experience.
Necessary Always Enabled
Necessary cookies are absolutely essential for the website to function properly. These cookies ensure basic functionalities and security features of the website, anonymously.
Functional
Functional cookies help to perform certain functionalities like sharing the content of the website on social media platforms, collect feedbacks, and other third-party features.
Performance
Performance cookies are used to understand and analyze the key performance indexes of the website which helps in delivering a better user experience for the visitors.
Analytics
Analytical cookies are used to understand how visitors interact with the website. These cookies help provide information on metrics the number of visitors, bounce rate, traffic source, etc.
Advertisement
Advertisement cookies are used to provide visitors with relevant ads and marketing campaigns. These cookies track visitors across websites and collect information to provide customized ads.
Others
Other uncategorized cookies are those that are being analyzed and have not been classified into a category as yet.
SAVE & ACCEPT